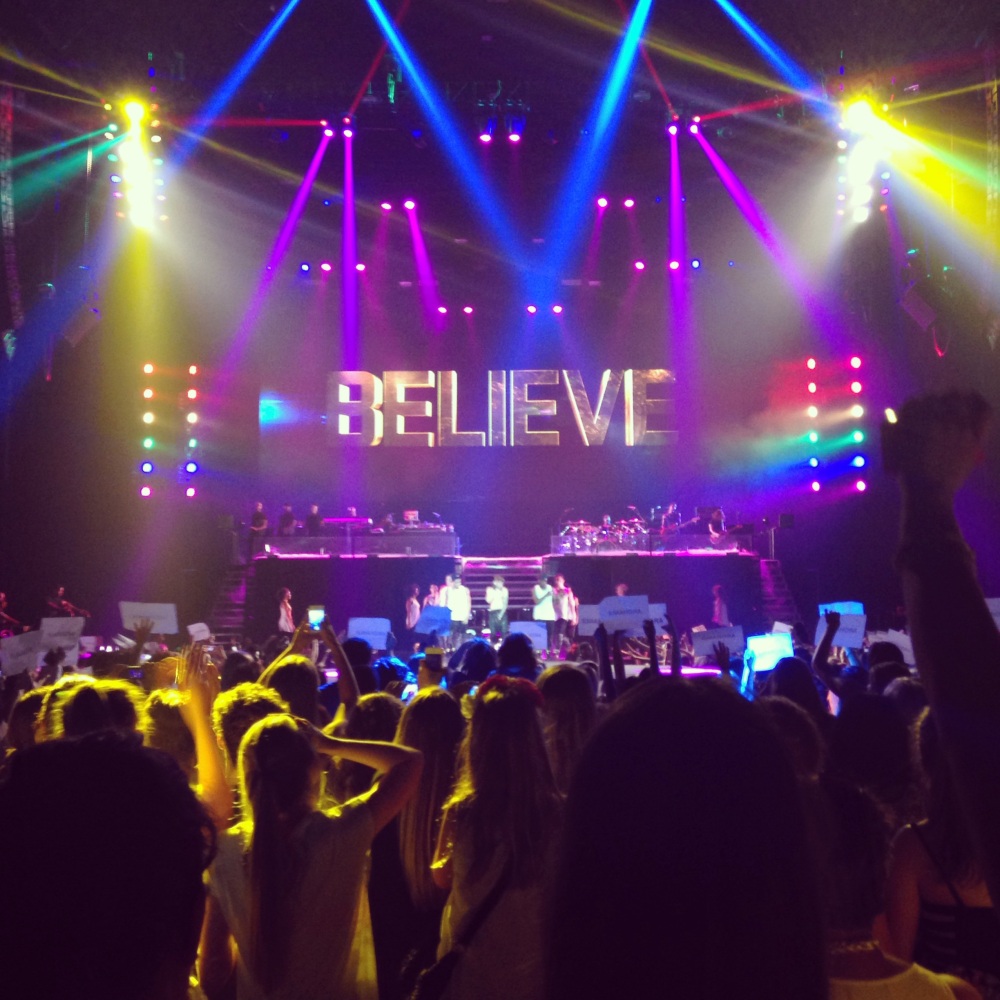 On June 7 beliebers nationwide were sent into a flurry of fingerling,  heart palpitations and pure excitement as word spread Justin Bieber was bringing his Believe World Tour To New Zealand. Originally 2 dates were set November 23rd and 24th would see Justin Perform at Vector Arena, the largest stadium in New Zealand. Initially after the announcement I could barely contain my excitement, I have always been a bit of a fan of Justin’s story and after watching Never Say Never grew to respect him as an artist naturally I brought tickets as soon as possible to avoid disappointment and missing out after patiently waiting 5 months for the concert word began to spread that Justin had scheduling conflicts and he wasn’t able to perform the second show. This was gutting I host a Saturday night radio show and I wasn’t even sure I would be able to attend the Saturday show.  Finally 6 months after originally buying tickets I managed to sort my work commitments and was able to attend the show. I finished work at 8pm jumped in a taxi and raced to the venue for one of my most highly anticipated shows of 2013.

On arrival at Vector arena everything was as expected the ZM Black Thunders were parked outside, that’s the radio station I work for we were the station the presented the show. There were hundred if not thousands of excited, screaming girls all hyped up ready to see their one true love perform. The added bonus of Cody Simpson as the opening act was something that hadn’t really phased me until the day came around. I had an interview with Cody and did the skywalk with him the day before the show. After meeting him I quickly began to respect him as an artist and as a person he was so humble and so thoughtful to his fans and I became excited to see him perform. 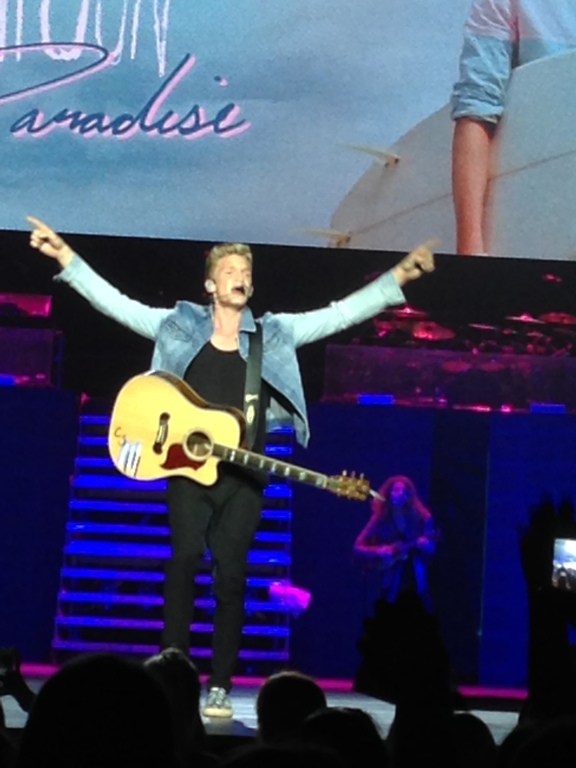 When I got to Vector Arena I did manage to catch a few of his songs which I was stoked about. To me he was a world class act he was extremely professional, his stage presence was incredible and his dance moves were second to none. I hand’t really ever witnessed a performance with so much energy while remaining so down to earth and humbled by the audience engagement and interaction. Cody set the bar high and I was expecting big things from Biebers Performance that would follow.

Justin ended up being an hour and a half late which to me was expected but a lot of people were frustrated by this. When he finally arrived on stage his performance was somewhat lacking. His level of energy wasn’t as high as I would have expected and the fact he lip synced a lot of the show was a bit disappointing when you know you’ve just spent $150 on a ticket. The highlight of the show for me was when he performed an acoustic version of ‘Fall’ it’s no secret that Justin Bieber has an incredible voice but this was the first time the entire show you actually got to witness his raw talent.

The show felt like he was trying to hard to be too much to too many different people. His fans love him for who he is and that is something he needs to remember as an artists. He is trying too hard to reinvent himself all the time he just needs to take some time and enjoy the now. It must be hard not knowing what is going to happen in the future but right now he is turning fans away from shows not giving them the best experience they could have. He needs to stop trying to be so staunch and thug and just enjoy the moment the fans are trying to share with him. I worry about Bieber I really hoped her would be the one child star that didn’t disappear off the rails. I am still hoping he manages to sort things out in his personal life but at the moment I feel like he’s a time bomb ticking away one concert at a time….

In Auckland he threw a camera on the ground simply because it was zoomed in too far and the lighting wasn’t right, he went on to YELL at his sound guy because the level in his ears wasn’t quite right. While these are both frustrating situations there is no need for this kind of behaviour he has a lot of young fans and he needs to remember he is setting an example for them. He might not have wanted to be a role model and if thats the case he should have held off being a child star, unfortunately when you decide to be a child star a lot of the time you become a role model and there is no way around it. The two fit almost hand in hand with each other.

While this wasn’t the best show I’ve been to this year I am not writing him off. I think the media attention is beginning to wear away at his energy levels. Hopefully he has some time off with the family over Christmas and he will return to the Believe World Tour in 2014 refreshed and ready to take on the world. In the meantime Justin if you are reading this please don’t forget the fans. We have been here for you from the beginning and we will continue to support what you do just please promise you’re giving your best and making some good decisions and we will continue to help you follow your dreams!