Australia is burning and they desperately need our help. The fires are burning across Queensland, New South Whales, Victoria and South Australia. Firefighters have been battling the fires since September and there is no sign of the fires slowing down. The are anticipation the fires could burn for the foreseeable months.

Since September, 23 people have been killed it is expected this number will rise. Thousands of homes have been destroyed and an estimated 500 million animals have perished as a result of the crisis, according to the BBC. Thousands of people have been displaced after being forced to evacuate their homes, there are still people who have been reported missing. 95% of the population of Koala’s have been whipped out. A state of emergency has been declared in New South Whales and the weather conditions aren’t improving. Temperatures have reached 40 degrees Celsius and wind is rapidly spreading the fires. In Victoria three fires have all met resulting in a 6,000 hectare blaze. The smoke from the fires has been seen across the Tasman Sea in New Zealand. 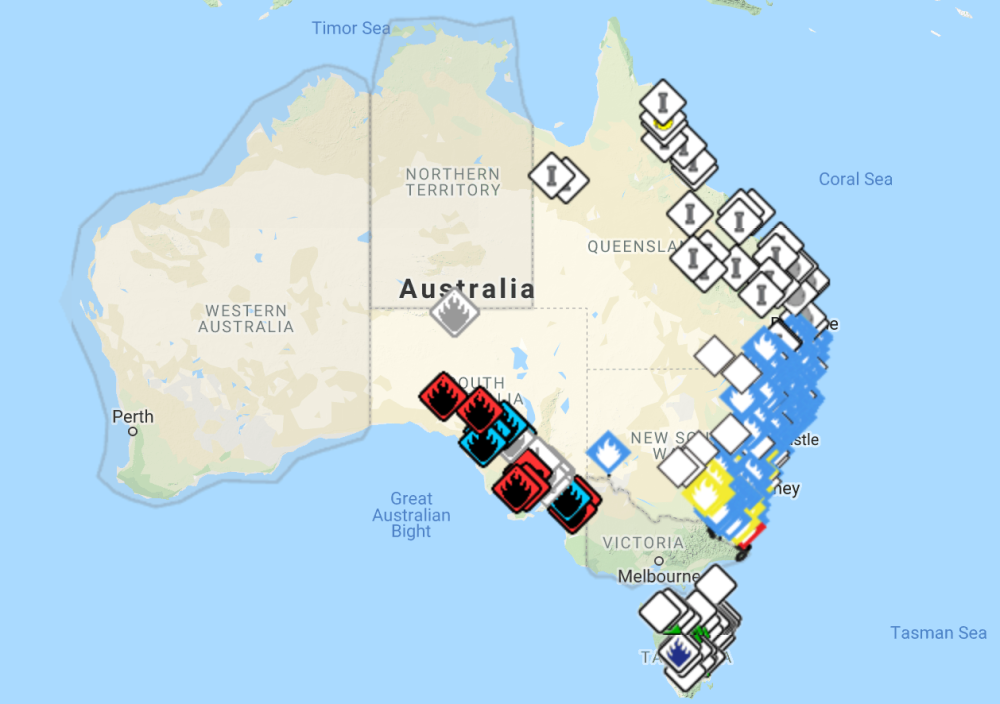 The devastation is clear when you see it on the google crisis map HERE.

While you might feel helpless we can all help our Australian brothers and sisters. Every $ every item and every message of support to these brave men and women who are currently battling these fires will help. Below are just a few links that you could donate to if you are in a position to do so.

HOW YOU CAN HELP